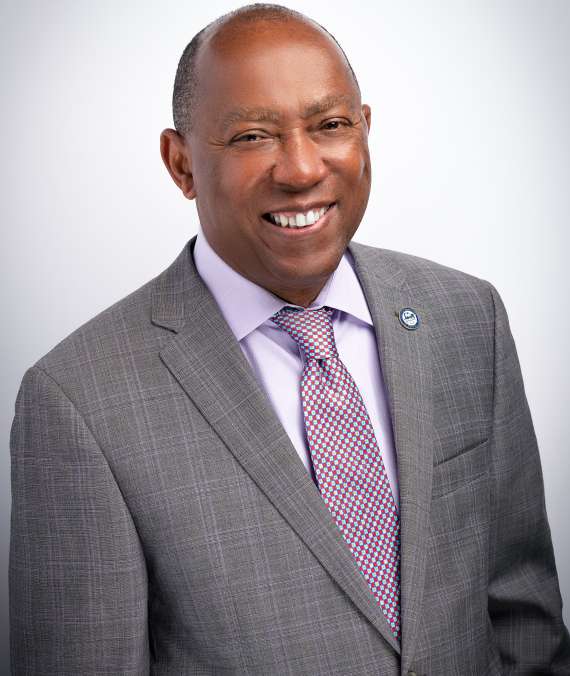 Since taking office, Mayor Turner has expertly managed significant challenges facing the nation’s fourth-largest city, including budget deficits, homelessness, and natural disasters such as Hurricane Harvey. He is currently leading Houston’s response to the COVID-19 global pandemic. Amid national unrest and calls for improving the community and police relations, the mayor signed an executive order restricting the use of force and created a Task Force on Policing Reforms.

Mayor Turner’s signature priorities include Complete Communities, an initiative designed to revitalize and improve Houston’s most under-served neighborhoods by partnering with local stakeholders to leverage resources to create a more equitable and prosperous city for all Houstonians. He also created the Hire Houston Youth program to provide jobs and internship opportunities for thousands of young people each year. He forged public-private partnerships to improve neighborhood parks and expand Houston’s technology and innovation footprint.

As the chief executive of the world’s energy capital, Mayor Turner brings a performance-driven approach to the job, creating a more responsive, streamlined, and efficient delivery of city services while shoring up Houston’s financial future. Thanks to his leadership, the Texas Legislature, and local voters approved the pension reform package that reduced the city’s liability by billions of dollars and provided a “fix” that had eluded the city for 17 years.

Before serving as Houston’s mayor, Turner served for 27 years as the Representative for Texas House District 139. He worked on the House Appropriations Committee for 21 years and served as Speaker Pro Tem for three terms. He was appointed to several Budget Conference Committees to balance the state’s budget and serve on the Legislative Budget Board.

As a nationally recognized leader, Mayor Turner is a trustee of the U.S. Conference of Mayors and serves on the Audit and Finance Committee, Chair of Climate Mayors, member of the C40 and Global Covenant for Mayors for Climate and Energy, and Vice President of the African American Mayors Association.

In March 2020, the University of Houston Master of Public Administration Program honored Mayor Turner with the Pioneer of Public Service Award.

As a life-long resident of Houston, Mayor Turner is passionate about his city and continues to live in the Acres Homes community where he grew up. He is a graduate of the University of Houston and earned a law degree from Harvard University. He began his law practice at Fulbright & Jaworski L.L.P. and later founded Barnes & Turner Law Firm.