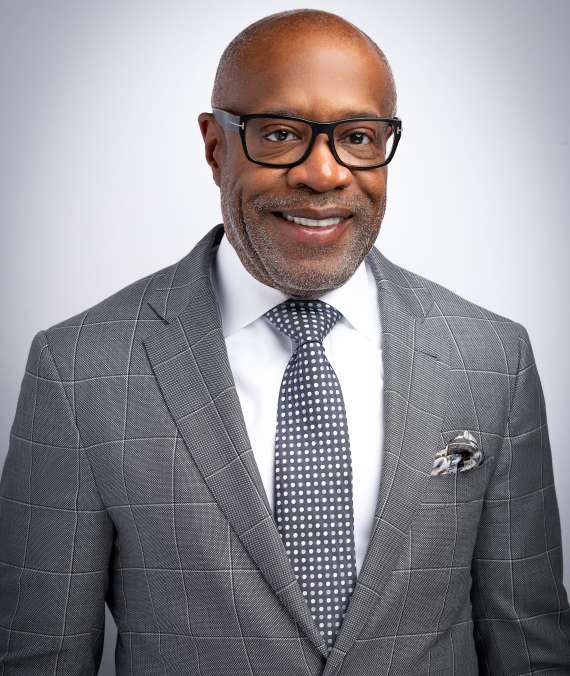 Gaurdie E. Banister Jr. is a seasoned executive CEO who continues to make a lasting impact across the globe. Currently based in Houston, Texas, Gaurdie has held several global leadership positions.

Gaurdie formerly led one of the most successful oil and gas ventures in the US: Aera Energy LLC. One of the largest oil producers in California and the US, Aera Energy LLC is a recognized industry leader for its innovative approach towards lean manufacturing.

Gaurdie has held numerous governance roles and remains active on Fortune 100 public company and private company boards. He was recently appointed as the first independent Chair of Russell Reynolds Associates. He currently serves on the boards of Dow, Inc (NYSE: Dow) and Enbridge (NYSE: ENB). Gaurdie also serves on the board of trustees of the American University in Washington, DC; and the foundation board of South Dakota Mines.

From 2001 to 2003, Gaurdie was Vice President of Business Development and Technology, and, from 1998 to 2001, he was President: USA and Executive Vice President: Shell Services EP Gas and Power.

Gaurdie is currently the founder and CEO of Different Points of View: a private firm that provides advisory services in the areas of leadership and safety. He also mentors and serves as an advisor to startups in the energy and technology space.

He writes for Corporate Board Member where he generously shares insights from his wealth of knowledge. He sits on the board of the Houston Fund for Social Justice and Economic Equity is a member of the Kearny Global Business Policy Council and is an advisor to the G100 Board Excellence Programme.

His ability to hold multiple positions and excel is out of the ordinary and a testament not only to his skill set but to his character too. His vast experience, combined with strategic and operational expertise, has shaped his ability to lead and innovate across multiple markets. Beyond his impressive list of accomplishments, he is a leader who places a high value on humanity, without compromising on profitability and safety.

Gaurdie prizes his ability to achieve excellent results, but it is the way he goes about doing so that sets him apart. His unique approach is deeply rooted in self-awareness, emotional intelligence, and an unfailing dedication to living a life that leaves a legacy. He brings the same dedication and commitment to his roles as a husband, and as a father to two adult children.